About 3 million people annually visit this tremendous multi-day festival in Vienna. Since 1984 it has featured many world-famous stars such as Scorpions, Falco, Bonnie Tyler, Bloodhound Gang, Master Blaster, Extremschrammeln, Amy Macdonald, Train, Söhne Mannheims, Simple Minds, and so many more. And it's good to know the world's largest open-air music festival is free of charge.

All in all, Donauinselfest is three days of excellent music performed over the area at a length of 4.5 km on 11 open-air stages with the main one dedicated to headliners, and the others feature special genres such as electronic dance music, rap, metal, pop dance music, and traditional Viennese acts. This is your unique chance to see performances by the Vienna Boys Choir (500 years strong choir WoW*), German folk tunes, and 80’s legend Falco. The total program features nearly 2,000 acts and 600 hours of live music.

In addition to music, it offers sports and entertainment for kids. Also, a special firework display is traditionally the culmination of the festival. You won't be hungry either, as the menu aims to meet the needs of the most demanding palates. Food stalls offer a great variety of both national and alternative cuisine. You'll see Thai, Greek, Italian, Indian, Vegetarian and Austrian cuisine.

2. Check below the accommodations in hotels in Vienna available during the the event. ⤵︎

Vienna is the national capital, largest city, and one of nine states of Austria. Today, it is the second-largest German-speaking city after Berlin. Vienna is host to many major international organizations. In 2001, the city centre was designated a UNESCO World Heritage Site. In July 2017 it was moved to the list of World Heritage in Danger. Additionally, Vienna is known as the "City of Music" due to its musical legacy, as many famous classical musicians such as Beethoven and Mozart called Vienna their home. Vienna's ancestral roots lie in early Celtic and Roman settlements that transformed into a Medieval and Baroque city. It is well known for having played a pivotal role as a leading European music center, from the age of Viennese Classicism through the early part of the 20th century. The historic center of Vienna is rich in architectural ensembles, including Baroque palaces and gardens, and the late-19th-century Ringstraße lined with grand buildings, monuments and parks.

Green areas include Laaer-Berg (including the Bohemian Prater) and the foothills of the Wienerwald, which reaches into the outer areas of the city. Small parks, known by the Viennese as Beserlparks, are everywhere in the inner-city areas.

Many of Vienna's parks include monuments, such as the Stadtpark with its statue of Johann Strauss II, and the gardens of the baroque palace, where the State Treaty was signed. Vienna's principal park is the Prater which is home to the Riesenrad, a Ferris wheel, and Kugelmugel, a micronation the shape of a sphere. The imperial Schönbrunn's grounds contain an 18th-century park that includes the world's oldest zoo, founded in 1752. The Donauinsel, part of Vienna's flood defences, is a 21.1 km long artificial island between the Danube and Neue Donau dedicated to leisure activities.

Learn more about the Danube Island Festival in Vienna 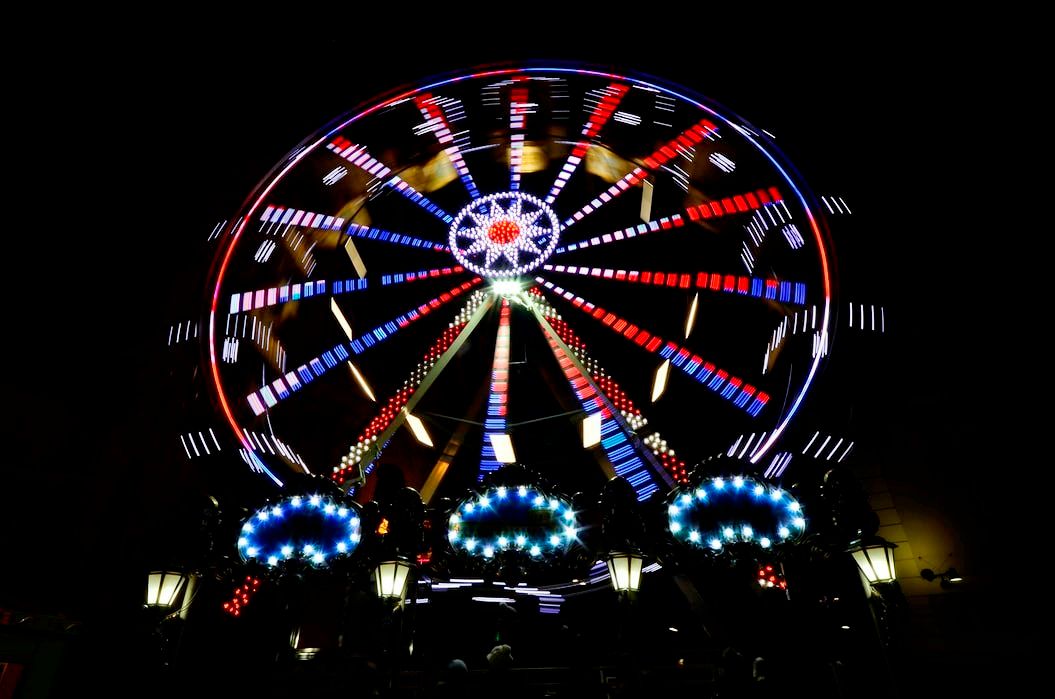