There are treasures in Sicily that deserve to be slowly discovered and revealed. Among them, some are great protagonists of the Italian cuisine tout court.

Bronte, a village on Mount Etna, is known for its green gold and also for a history of mythology, love, betrayal and cowardice. Some of the characters are Cyclops, the Emperor of Constantinople, Pope Borgia, Admiral Nelson, Heatcliff, Nino Bixio and Giovanni Verga: all tied in Bronte and perhaps they have never eaten a pistachio.

Bronte means “thunder” and it is the name of one of the Cyclopes in Hephaestus’s forges in the Etna, where he forged Zeus’s thunderbolts.

Bronte’s cave is one of those where the dwarf elephants died when they lived in Sicily and where their skulls were found. The huge hole for the proboscis on the front of the skull was mistaken for an eye of the Cyclops, from which the legend of the Cyclops began. Well yes… dwarf elephants never had the opportunity to taste the pistachio! Only with the Arab invasion, the dwarf elephants arrived to Bronte. Indeed, the Arabs planted in the fertile Sicilian lava soil the most exquisite plants from the Middle East: peaches, citrus fruits, and finally pistachios…
and from then on, only pistachios remained!

The green gold, the frastuca, like it was called at the time when it was used as a medicine, is really green emerald. The flavour and aroma of pistachios are incomparable to other species, and due to their incredible and subtle balance of sweet and savoury, they are used to make ice cream, sweet or savoury sauces, creams and desserts.

A few years ago, for those who were not locals, the pistachio was just a green taste served in pubs as an appetizer, still too far from being used for homemade ice cream. Today there is more awareness, more desire to know what the real taste of this green gold is.

In Bronte, eating pistachios is a ritual that involves the entire population, including women and children.

Planting pistachios is a tradition handed down from father to son without interruption. The peasant culture says that pistachios in Bronte absorb from the lava soil substances needed to produce richer aromas and an unmistakable taste*.

Bronte is a town on Mount Etna

Bronte is a town and comune in the Metropolitan City of Catania, in Sicily, southern Italy. The town is situated approximately 16 km west-northwest from Mount Etna, on the side of the valley of the Simeto river, and about 32 km west from Giarre and Sicily's eastern coast.
Situated on the western side of the famed volcano, what was once a farming community has expanded into a modern city. Yet despite a rise in tourism for excursions to Etna, Bronte retains its ties to the land. The main economic activity is still agriculture. The primary product is one that grows only here in Sicily: pistachios.

Because of the inaccessible and steep environment and the danger of dispersion of the fruit between the volcanic rocks, the “sciarelle dei lochi”, collecting this fruit could result expensive. It is still done manually directly from the trees by dropping the fruits into a container carried on the shoulder or shaking the branches to collect the fruits on clothes lying on the floor; in some cases, it is even done by using an umbrella upside down.

This precious emerald inside the shell is unique only when it is grown by the rock. Imitations are unnecessary because the green pistachio DOP is sweet and fragrant only if the production soil is bathed in sweat and tears…

Learn more about the Pistachio Festival in Bronte 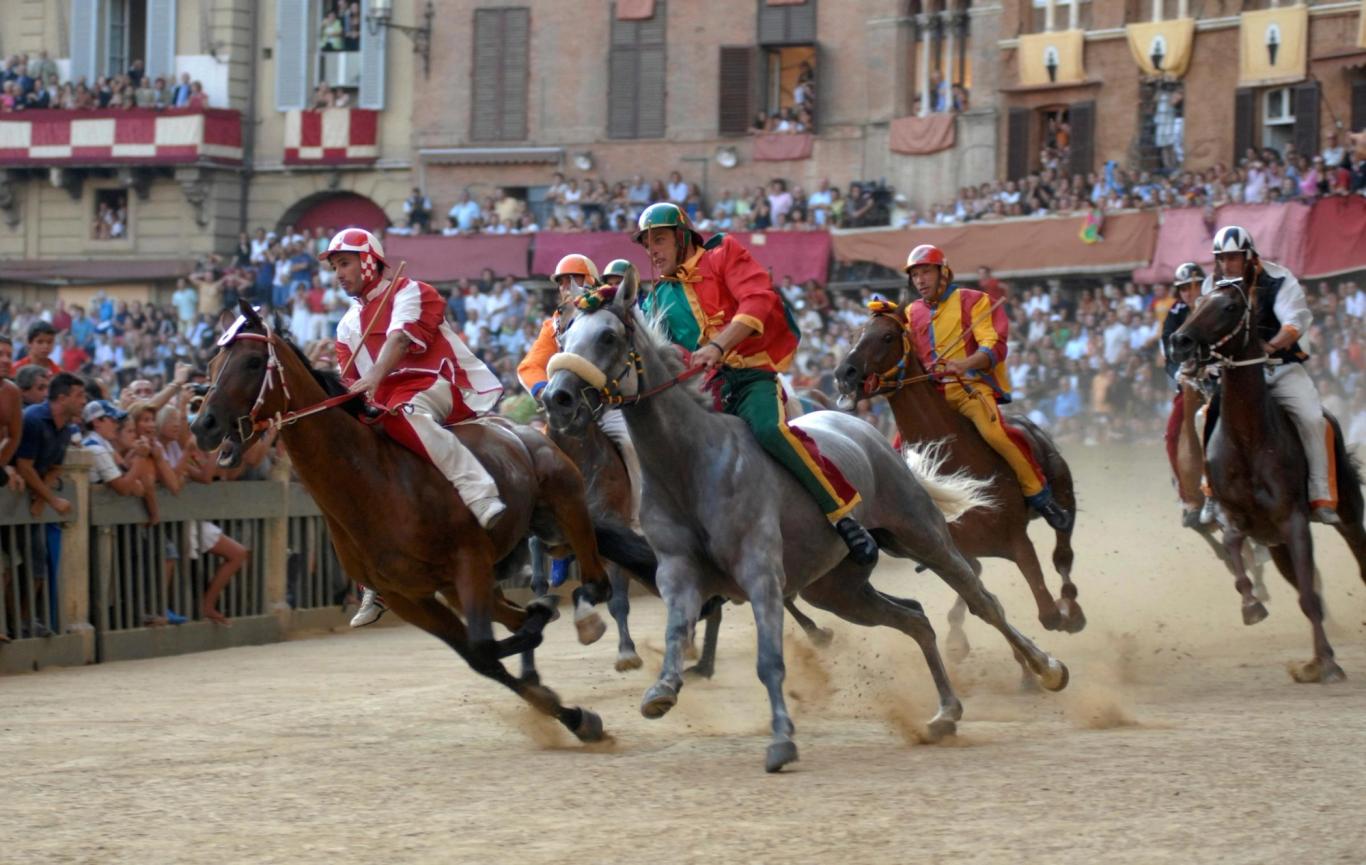 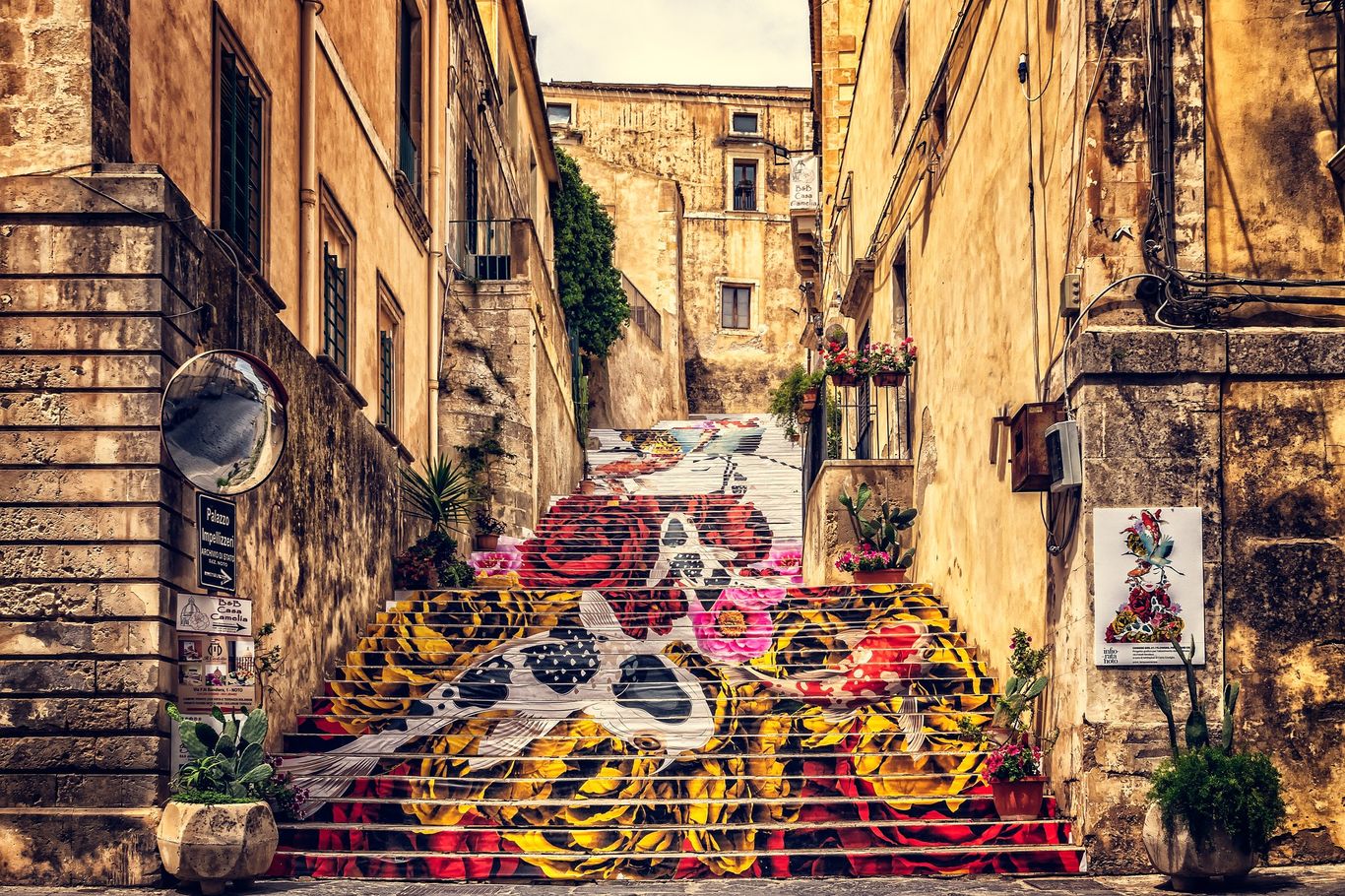