Crab festival on the charming island of Atløy 2022

Each year, volunteers catch about 2,800 kg crabs for the Crab Weekend on the island of Atløy! The freshly boiled crabs are used for our popular crab table and cleaned to be used in delicious crab tortillas, filled crab shells and shellfish platters.
You can eat as much crab as you like!

During the day there are varied activities for young and old, good entertainment and a café. In the evening there are several dances to choose from, with music to suit every taste. Come and enjoy a good quayside atmosphere and enjoy a waltz on the pier!

Herland is a fishing harbour, where farming and fishing have always been the lifeblood. Norway's oldest living crab factory is located here. It had over 90 employees in its heyday in the 1950-60-70s. Herland has two large moorings that were built in the 1950s, making it a good port in all weather conditions. It is also a large harbour and over 90 permanent berths for small boats, the moles also have deep water quays where larger cargo vessels can berth for unloading and loading.

According to history, Egil Skallagrimson, a national hero of Iceland, killed "Atløy Bård" with a knife at the royal farm at Herland in the 900s, during a visit by the king's son Eirik Blodøks and his wife Gunnhild. It is assumed that it was on Herland (ref kåseri av Knut Landøy), on the grounds that the guard could not be seen from the sea (the only one on Atløyna that cannot be seen from the sea) and that he jumped all over the island to clear away the islanders and the king's men.

Photo from Wikimedia Commons by Rart 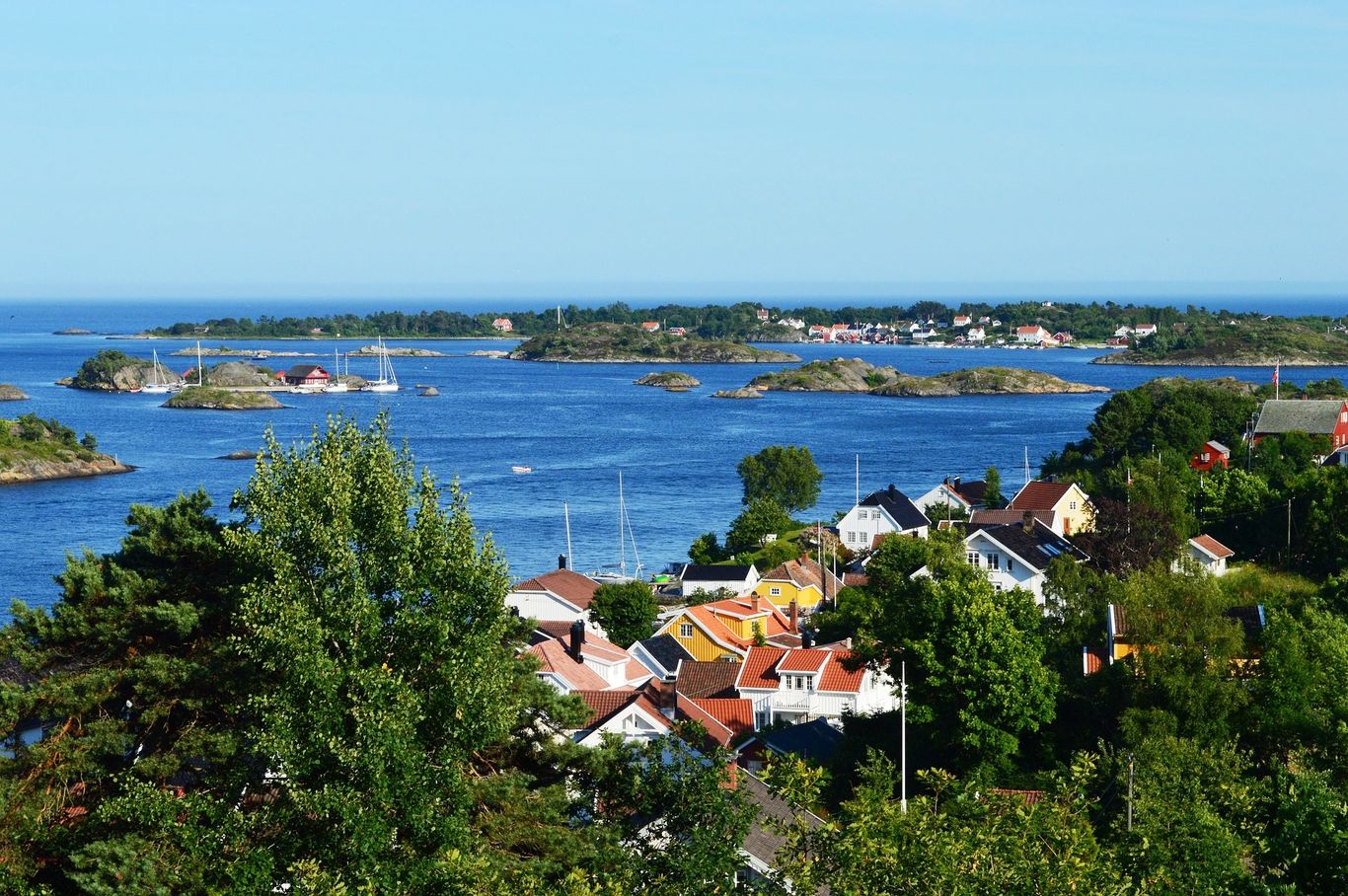